Changes at the top of Australia’s leading international arts festival 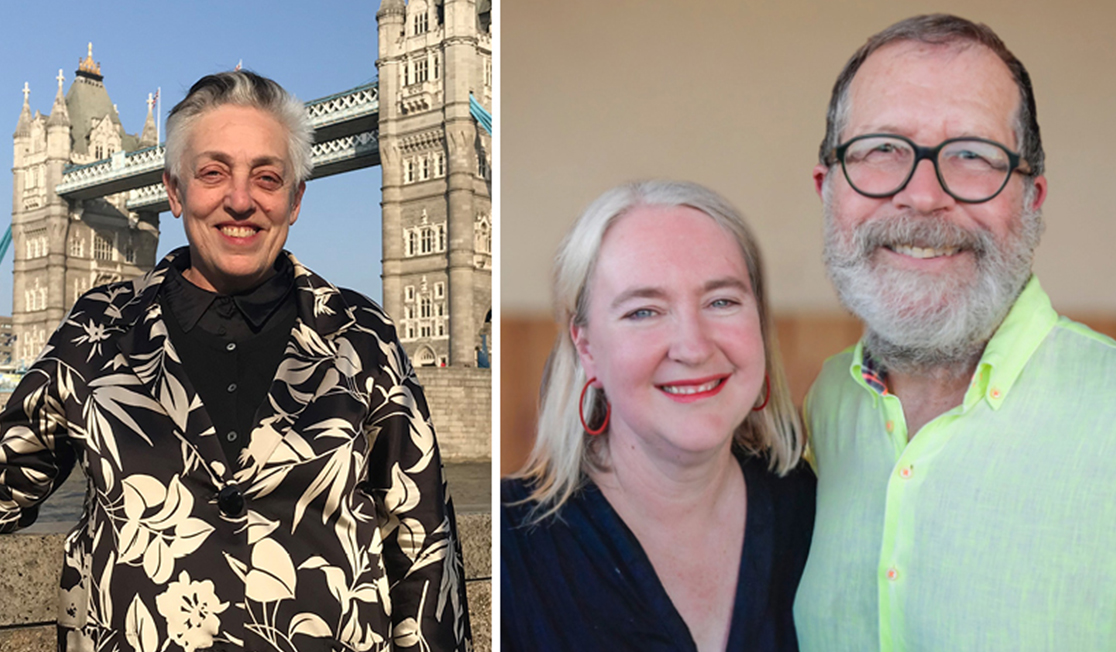 The remainder of 2022 and the year 2023 usher in a time of transition, as is always the case when there is planned change to the artistic leadership of an international arts organisation. In addition to a change of artistic leadership, it was also announced in January 2022 that Kath M Mainland would be taking up the position of Chief Executive of the Festival in April 2022.

Rachel Healy and Neil Armfield AO have taken these and other factors into account when deciding to support a transition to a new Artistic Director earlier than planned.

“It has been the great privilege of our lives to lead the artistic direction of the Adelaide Festival over the last seven years and we could not be more delighted with the response to the 2022 Festival. However, with 80% of the major events scheduled for the 2023 Adelaide Festival either confirmed or well advanced, we both realised it’s now possible to take a step back from the unrelenting intensity of both COVID pressures and Festival programming. There are new opportunities that have arisen for both of us in this transition period while simultaneously providing the new Artistic and Executive leadership the time and space to set their own path.

“Curating the program for 2023 has been unusual because unlike every other year, there is a reserve of extraordinary international projects that could not be programmed in 2021 and 2022 because of the pandemic. As part of the transition, we are of course committed to working with the Festival team to bed down the 2023 program, which will be a mighty celebration of incredible local and global creativity."

Neil and Rachel went on to say: “Since our commencement in 2015, the support we have received from the State Government as well as hundreds of donors and business community members has been central to our ability to secure and deliver great programs to audiences year-on-year. We have also been blessed with an amazing team of staff who have performed miracles over the last seven years, and none more so than in the last two years of the pandemic. Most importantly, we want to acknowledge the artists from across the globe whose unique creative imaginations have thrilled, provoked, enraged, becalmed, astonished and bewitched our audiences. It is these artists who have changed all our lives, and it has been our great honour to offer them a stage.”

In the course of their tenure, Rachel and Neil have been frequently recognised for their national leadership roles in the arts. In 2020, both were awarded Creative Partnership Australia’s prestigious Arts Leadership Award, and in 2019, both were awarded honorary doctorates from the University of Adelaide for dedication and service to the Arts in Australia. Following a nomination from staff, Rachel was a finalist in the 2018 Australian Financial Review’s 100 Women of Influence Awards, co-chairs the University of Adelaide’s inaugural Creativity & Culture Industry Advisory Board and in 2021 became both Chair of the Federal Government’s Creative Economy Taskforce and Chair of Carclew Youth Arts Centre.

Adelaide Festival Chair Judy Potter said: “The Adelaide Festival Board sincerely thanks Neil and Rachel for their vision, passion and determination to deliver the best to Adelaide and Australian audiences. The strategic direction that they first articulated in their interview in 2015 has set the template for Adelaide Festival’s ongoing success and we owe them a huge debt of gratitude for their uncompromising artistic vision that has gathered tens of thousands of supporters across Australia and created hundreds of jobs for artists and arts workers. They have placed Adelaide Festival on a secure artistic and financial footing, which will enable a new team to build on their legacy.”

A snapshot of Neil and Rachel’s achievements under their artistic leadership include:

The Adelaide Festival Board has announced British arts leader Ruth Mackenzie CBE has been appointed as the Adelaide Festival’s next Artistic Director. She has agreed to take on the stewardship of the 2023 Festival to complete the work already undertaken by Neil Armfield and Rachel Healy, as well as programming the 2024, 2025 and 2026 events.

Ruth will work with incoming Chief Executive, Kath M Mainland. She will start in the Artistic Director role in mid-2022, subject to obtaining a Commonwealth Government approved visa.

She has more than 40 years’ experience in the arts world and in particular international festivals. A former director of Holland Festival, Manchester International Festival and Chichester Festival, Mackenzie was in charge of the official cultural programme for the 2012 London Olympics and Artistic Director for the Théâtre du Châtelet in Paris. She also worked on the first Manchester International Festival as General Director, worked as Dramaturg for the Vienna Festival, directed Scottish Opera and directed major theatres in Nottingham and Chichester.

Ruth is currently a consultant artistic director for the Mayor of London working on a large-scale cultural program, Let’s Do London, and for Comme des Garçons in Paris to open a new arts centre aimed at audiences under 30 years old. She is curating the cultural program for the C40 Conference of World Mayors in Amsterdam, and for the University of Arts London’s new AKO Storytelling Institute. She is Chair of the London Area Arts Council, a Board Member of Musée D’Orsay, Paris and the Serpentine Gallery, London. She is also a judge in 2021 of the World Cultural Cities Leadership Prize, of the Pina Bausch Foundation Fellowship Prize and the Paris Urban Film Festival.

Adelaide Festival Chair Judy Potter said: “Ruth is a powerhouse of the British and European festival and arts communities, and we are very excited about what she will bring to Adelaide. She clearly recognises the strong connections we have with similar festivals in Europe, and she is not afraid to push the boundaries in reaching out to a younger demographic while appealing to our existing, fiercely loyal audience.”

Incoming Chief Executive Kath M Mainland said: “Ruth’s extraordinary experience and long list of credentials gives me immense confidence that we can achieve great things for Adelaide and its incredible festival. I'm very much looking forward to immersing myself in the new role and excited to start the journey with Ruth to build on the incredible legacy of one of the world's great festivals, not least the extraordinary success that Rachel and Neil have garnered over the last seven years.”

Ruth Mackenzie said: “I have always admired enormously the Adelaide Festival. It has been brilliant at introducing outstanding talent who have grown into world stars, and this surely must continue to be a central strength. There is no better place to show how vital, innovative, inspiring, collaborative and responsible the arts can be than in Adelaide, with its world-renowned leadership role in showing the transformative power of artists.

“I can’t wait to start working with Kath and the team, and with the partners and supporters of the Adelaide Festival, to present local and global new talent and world class stars who will surprise and inspire us all.”